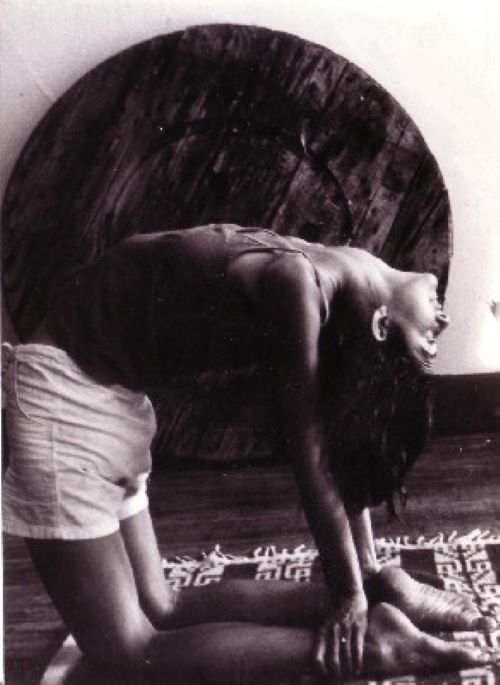 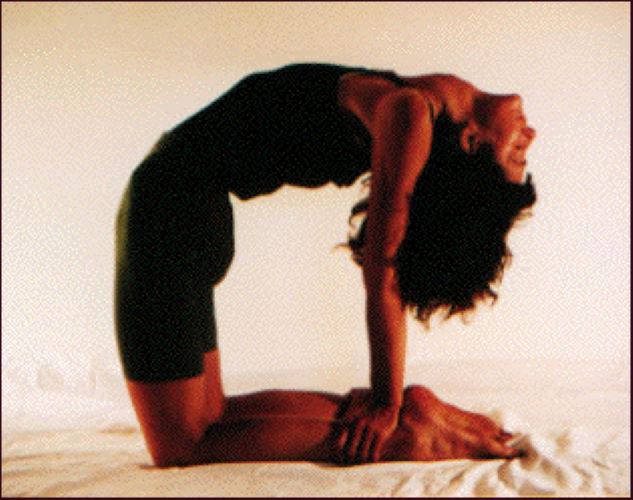 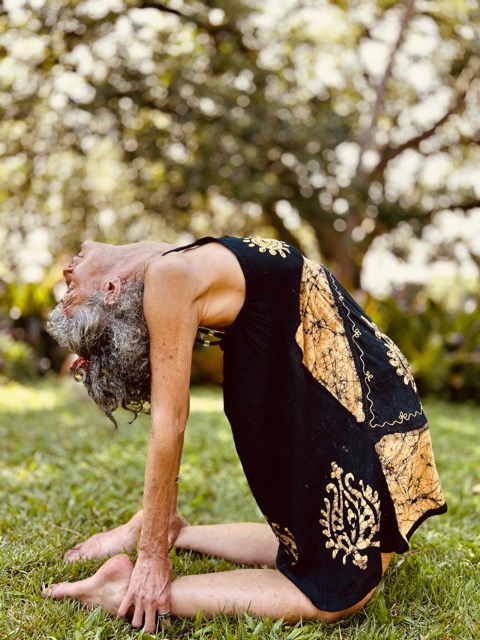 It was 1969, the year of the Woodstock Music Festival. Swami Satchidananda opened up this historic event with a unifying OM, vocalized by thousands of participants. Although I was not there, this is the spiritual revolution era that influenced my yoga practice. I was a young 15 year old hippie and attended a kundalini yoga class in New York. The depth of relaxation experienced in savasana was the spark igniting my path. I found deep peace during a turbulent time in a teenager’s life.

It’s been over 40 years since I first stepped onto the yoga mat. There have been numerous luminaries and instructors along the way. Early in my search for some meaning to Life’s challenges, I was introduced to Swami Satchidananda’s book Integral Yoga Hatha. I still hold this old book in my library as the origin of my yoga path.

In 1976, I attended a retreat with Amrit Desai. His teaching was based on a personal kundalini rising experience. On his mat the postures suddenly revealed them self in sequence without his direction. He had tapped into a higher source. Amrit Desai then taught an approach called Meditation in Motion, trusting the body to move in a smooth sequential order, based on divine guidance. Amrit Desai is founder of Kripalu Center for Yoga & Health in Lenox, MA, named after his guru Swami Kripalu. It was also during this time that Ram Dass came to the University of Florida. I was an art education student there but seeking as much information as I could on the vegetarian diet and spirituality. Ram Dass had recently returned from India, from his guru Neem Karoli Baba. He shared Hindu chanting with us and the power of OM. I followed Ram Dass  on retreat and satsangs while living on the east coast.  It was my first encounter with chanting and hearing the names of the Hindu deities.

When stepping onto the spiritual path, one becomes ‘led’ by a force that becomes palpable. On the Spring Equinox 1976, in Boston, Massachusetts, I was invited to a rebirthing seminar with Leonard Orr. In that full moon event I learned how we each create our own reality, a new concept at that time. This truth opened the door to see into my past lives through the assistance of one of the event facilitators. There was a unifying convergence within myself from that experience…and the journey continues. In Gainesville, Florida, I was initiated into the Sufi Order and given the name ‘Shireen’, translated as a beautiful woman with a high ideal of Love.  Then I met John, the love of my Life.

The student becomes teacher. I have been offering classes for 29 years rooted in traditional Hatha Yoga. It’s a meditative asana flow focusing on the mind/body unity, breathing and the subtle anatomy with philosophical aspects of yoga weaved seamlessly throughout the class.

Being a previous special events organizer, I hosted the annual Bisbee Yoga Expo in southern Arizona (2005 – 2010) and served as the President of the Arizona Yoga Association (2007 – 2009). Now a resident of the Big Island for nearly seven years, Hatha Yoga classes are being offered at our hOMe Yoga studio in Kalapana Seaview Estates.

Blessed to be the wife of John Galleher for four decades, mother of David, Crystal and Jesse and to be ‘Nani’ to our sweet, smart, sparkling granddaughter Kiva and new baby born, Oliver Sage.

I love to dance, love the Hawaiian ocean and enjoy the importance of being a gardener.

A lifetime of being an artist and a Pisces.

” I really love your material, vision and way you combine it all together through yoga! Absolutely amazing and powerful.”    Sundara Fawn.   Reawakening The Soul